GTX 1650 came out in April 2019, and has been a big hit for the company. It provides the users with 4 GB of GDDR5 VRAM, and has a base clock of 1020-1395 MHZ; this can easily be overclocked to 1245-1560mhz. In layman language the GPU has a ton of power and performance packed in it. Also if overclocking is a new term to you read more about how to overclock your GPU.

The company has also claimed that GTX 1650 is up to 2 times faster than GTX950m; and 70% faster than GTX 1050. The GPU itself has great thermal conductivity and provides amazing performance per watt. It should also be taken into account that the compact size of the GPU allows for a quieter and unbelievable overclocking potential. The main con of the GPU is that; it struggles to perform in more demanding games because of its compact size; and it is expensive compared to its Radeon counterpart.

GTX 1650 is a mid-tier GPU; thus reaching 100 fps if settings are set on medium. The fps touch 60 if the settings are maxed out. But the overall performance of the GPU is amazing. Enough about the GPU, here are the, “TOP 10 GAMES FOR GTX1650 LAPTOPS:“

This is a racing game which allows the user to drive around the city and interact with almost everything in the game. The game also has seasons build inside it, namely Summer, Fall(Autumn), Winter and Bloom(Spring). As the user progresses through each of these seasons, they unlock the various collectibles in it. The game also has a lot of cars to offer and endless customizations, this is a recommended game for all the petrol heads. The game also offers very realistic graphic quality; thus providing the user with a very vivid experience.

Coming to the performance part; the GPU had a preset on High, and the average FPS was around 60. This only goes to say that the GPU can handle the game very beautifully and provide stunning results for a very graphic intensive game.

This is a first person shooting game and is based in a fictional town of Montana, United States. The game revolves around a cult that is threatening the community’s freedom. The user has a very immersive experience while playing the game; thus making the user connect with the game at a whole new level. Not to forget the game also offers amazing graphics, making the gaming experience far more realistic.

The performance of the GPU in this game is outstanding, the game is not very graphic intensive and thus allows the user to easily get an average of 65-70 fps. The GPU was preset on Ultra; which as you can imagine made the game 100 times more fun.

3. Shadow of the Tomb Raider

This is an adventure-cum-action packed game, which manages to keep you wondering what happened. It has a story similar to Indiana Jones; and anyone who has seen Indiana Jones can always expect something new and challenging. The game has a lot of wildlife, thus putting the GPU under constant pressure to perform. The graphics on this game are very demanding and that makes the game far more fun to play.

The GPU had a preset of High, but the frames were on a decent 45 fps for the most time. This is because of the demanding need of the game. But none the less the game is definitely worth it.

This is definitely a game that most PC users have hear of, RDR2 is a master piece which was developed by Rockstar Games in 2018. It is an action-adventure game; offering the user to interact with almost everything in the game and providing hands down one of the BEST gaming experience of all time. The graphics of the game are very true to life, and even the smallest of details have been accounted for.

The GPU had a preset of High on this game as well, but the graphic performance was not optimal. The average frames were around 30, and the GPU can easily provide a better gameplay on Medium setting whilst giving around 70-80 fps. Either way the game is a must have on GTX 1650 Laptops.

I don’t think there is much to say when we are talking about a master game, and a game series which has always hyped up every gamer and lived up to its expectations ALWAYS. GTA 5 is the ultimate gaming experience; it takes into account every small detail and the story has so much to offer in every genre. The game can push the graphics to almost every limit if the GPU can take it.

Coming to the performance, the game was preset on High; and the average fps were around 70. This only goes to show that the GPU performed extremely well compared to its predecessors. I cannot stress this enough, but GTA 5 is definitely a go to game, it has everything any gamer can ask for and more(with the MODS).

This is a online first person Shooting game and has achieved great success and growth in a very short span of time. The game offers many gaming modes and a Competitive mode which allows the e-sports community to thrive in. The game itself is not very graphic intensive and offers amazing performance in every setting.

The GPU performance on this was outstanding, the average fps were around 100. The graphics were preset on max settings. Although the frames can be increased; if the user sets the graphics on low settings.

This is an online shooting game, and unlike other online shooting games this one offers a very tacky and immersive gaming experience. It allows the user to customize the characters and use props to make their experience far more fun. The game also has a ‘build option’ which allows the gamer to build during the gameplay and protect themselves from other players. Overall the game has a very immersive and engaging interface, and gaming experience.

The GPU performance on this game is exemplary. The preset setting here was High; and the average fps were around 70-80. The gameplay is very smooth and the graphics make me want to play more and more.

This is an online first person shooting game, and unlike any other online first person shooting game; this game is as realistic as a game can get. The game physics and warfare tactics have all been accounted for here. This is the only game wherein you can literally interact with anything and everything, making every experience playing this game a new and lasting one. The graphics are very immersive; and everything in the game can be pushed.

The GPU performance on this game is amazing. The graphics were preset on High; the average fps are around 130. More frames can be squeezed at lower settings; but higher settings offer better clarity.

We all have had or heard about COD at some point in our life; this time the COD enterprise has brought another amazing game to us. COD: Modern Warzone, the game as any other COD has amazing graphics; and every small detail has been catered for. Although, the game is an online first person shooting game; everything in the game from Helicopters to Trucks can be interacted with. The game also allows the users to go inside all the buildings and interact with everything we see.

The GPU performance on this one was to the mark. This is also because the game is very graphic intensive and very demanding; the preset graphics here were on medium but the average fps was around 60-70. Which, considering everything is still very decent.

This game is all about hacking and interacting with as many software links as possible. Some might say it is a tad bit like GTA 5, but in my opinion the game has a lot more interactive software than GTA. The graphics in the game are meant to be pushed. Every little detail is catered for; and the game has a lot to offer.

The GPU performance on this game is amazing; every little detail is precise and crisp. The preset graphic quality is High, and average fps is at 60. Overall experience while playing the game on this GPU is GREAT. 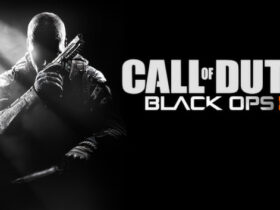 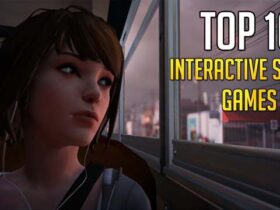 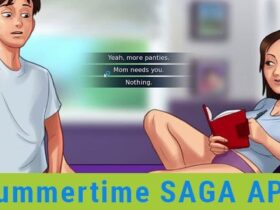 Posted by by Nameless One June 10, 2021
READ MORE
Go to mobile version