“PC gaming is impossible without a high RAM in 2021” is by far one of the most repeated generic statements with no connection. Only a few AAA games with highly graphically intensive games require a higher RAM and graphic card to run at higher configurations. But most games are playable at optimal or even low settings, and the PC is already constructed with such fantastic components.

To dispel one of the most common misconceptions about graphics cards, we’ve compiled a list of the 10 BEST MODERN GAMES FOR PC WITH 4GB RAM. The games included here are among the best of all time, and while they don’t demand much in the way of graphic output, they will provide you with the thrill of a lifetime.

For those who like watching anime we have written an amazing article top anime games for android phones.

Top Modern Games That Can Be Played With 4GB RAM

The following is the list of games which will run easily with a mid tier GPU and 4GB of RAM on any device. Please note that you should have a processor which will support your GPU otherwise the entire system will crash.

Who hasn’t heard of this game? It’s possible that this is the most popular game of the decade. Because of the popularity of PUBG and how much gamers enjoy it, the business decided to release a lite version for low-end gamers called PUBG-Lite, which can operate smoothly on any PC with at least 4GB of RAM and an Intel integrated graphics card. For users who have a 2gb ram in their pc you can also check Best Games For 2GB Ram Pc.

Many people consider Bad Company to be the best battlefield because of the amount of amusement it provides. Everything about this game is fantastic, from the loading screen to the characters, weaponry, vehicles, noises, and, most importantly, the maps. This is one of the best game for 4gb ram.

This game is deserving of all the praise due to its excellent characters and overall compelling tale. Far Cry 3 is still a terrific game to play on low-end hardware, thanks to its decent graphics and open-world gameplay, moreover you can easily get 60fps in 4gb ram pc.

Witcher 3 is an excellent example of a wonderful RPG that is graphically stunning and features interesting and engaging characters. The way the storey unfolds based on the player’s decisions and actions is what players loved the most about Witcher 3.

Almost all Assasins Creed games may be played with low-end hardware. Later games may necessitate a little more visual power (1Gb almost). Aside from that, the majority of them can run on 512MB graphics memory or even the integrated graphics card.

Overall, the gameplay is thrilling, and the setting is lovely. It’s best to start with Assasins Creed 1 so you can follow the tale from beginning to end.

Well written horror story in an open world and quality graphics that you can enjoy on multiple levels easy, normal, or hard as per your expertise. However, it’s better to start with easy or normal because hard mode can get tough to survive against enemies. Good things is, Outlast 2 can run smoothly with over 60fps on low-end PC or laptop.

If you appreciate first-person shooters, this game is a must-play. Crysis 3′s graphics are wonderfully optimized and beautiful, and the gameplay is also rather enjoyable. This game can operate comfortably on 4GB of RAM, but the high-quality visuals may necessitate a graphics card with at least 1GB of memory.

Borderlands 3 manages to combine fantastic gunplay, a huge setting, and fantastic co-op into one fantastic package. Many players believe that Borderlands 3 has surpassed the threshold that previous Borderlands games have set, and that it is the best game Gearbox has ever created. This game is a must-play for anyone who enjoys shooting games.

Sniper Ghost Warrior is an excellent shooting game with large maps, smooth shooting, and great sound. This game is for you if you enjoy shooting an adversary from 500 meters away with a flawless shot in many exotic locales.

90’s gamer will say that this game is magical. Because it immersed you in a state of flow that you rarely find in a video game. Prince Of Persia is combination of creative places with awe-inspiring auras and great character animation keeps you entertained until the shocking conclusion.

The games listed above were picked in a strategic manner to allow you to game on a PC that is also being held together by shreds. These games are light on the system and allow the player to game without interruption while ensuring that there are plenty of other things to do on the PC at the same time.

I hope you enjoy reading the stuff on this page; if you do, please let us know in the comments section how you feel about it. 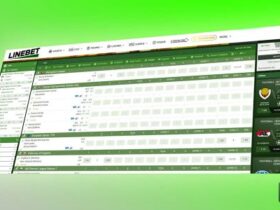