Is the performance of your GPU is low? You can add up some extra performance speed by using the overclocking method. By using this, computer processor speed may enhance. It is safe, so do not worry about other functions disturbance. Motherboards also effect the speed of your computer. There are various motherboards in market that you can pick for enhancing your computer performance. And now a days Ryzen is winning the market. If you are a Ryzen lover then you can check about best motherboard for Ryzen.

If your computer has not enough speed according to your work, you can overclock the speed. And if you are worried about messing up with your computer, you may know that the graphics cards these days’ stops the user from any severe damage.

Many people do not know how to adjust their GPU speed, and others are afraid of doing this because they think they will mess up with their PC. So, there are all the steps of the process it will help you, and by fellow these steps, you can overclock your GPU.

Generally, the graphic card runs at a fixed speed of performance. It is known as the clock speed. And if you increase this clock speed, you are speeding up your processor or GPU speed, called overclocking.

Overclocking is just speeding up the processor’s speed. If you are doing something like you need more speed, you can increase your processor’s pace and do it yourself.

Overclocking is the best way to increase the performance of the GPU and your graphic card. It will not only enhance the operating speed; you can also feel the increased processor speed.

Before get into overclocking, note.

Before starting the process of overclocking, we may talk about what overclocking does actually.

By overclocking, we are boosting the GPU’s speed so that it will speed up graphical processor work.

As we know that the graphical processor is set on a certain or default speed, but we can change this speed. This is called the base clock. But we can increase this speed that is set by manufacturer.

When you are overclocking the GPU’s temperature, it will increase and fetches more power. Now you have to maintain the balance in the performance and the temperature. If you do not set them stable, your GPU will work faster, but if it continuously works at high speed, it will increase the damage risk.

Every GPU has its speed, and it is different for every computer. If you and your friend have the same GPU, for example, GTX 1080, but yours is slow, you can run a speed test to check both the computers’ clocking speed.

If you increase the processor’s speed more than its capacity by using the MSI Afterburner overclocking, there is a chance that your computer will crash or your graphic card shows glitches.

If this is happening, then do not worry. You have to speed it down. And after reaching the safe level, your PC will start working at regular speed. You have to make sure about the temperature and clocking speed.

What is NVIDIA GPU

NVIDIA is an American company, a multinational technology company. The designs the graphics processing unit GPU. These GPU’s are useful in gaming, professional marketing, and SoCs (system on chip units).

The graphics processing unit is an electronic circuit; it is used to manipulate the design rapidly. And it creates the images in a frame buffer. The GPU is embedded in computers, mobiles, gaming stations, and workstations.

Process of overclocking your NVIDIA GPU

There are many ways you can do the overclocking process. Another advantage of it that it is free and easy to do. And you can do it by yourself.

It would help if you overviewed something before the overclocking process to do it with some precautions and be careful.

You need two pieces of the software when you are Adjusting the speed of your GPU. First thing, you’ll need to download the software that is used to speed up the GPU. Then the second thing is a program that can run a stress test on your computer or deceive.

One more thing you’ll need is another program that can check the temperature of the GPU.

Now, after the installation of this software, it is time to open the control plane. You can make changes there, but check the default settings or default clock speed of your graphic before changing the card.

For this process, you have to install UNIGINE Heaven stress testing software. After installation, run the heaven Benchmark by clicking on the start menu.

When you are in the application, you have to click on the RUN, and it will start the process.

Now in this software, several tests will run. During this process, you have to see the temperature, frames, graphic clock, and memory clock.

Now you have to be careful in this process; you have to pay attention to the stat on the top right of the screen. This process will take almost 10 minutes.

The test will give you a score and average of FPS stats. You can also save the result and refer to it when you need to change it again.

In this process, you have to be careful and check on the temperature and speed panel.

There are a lot of processes to change, or you can say overclock your NVIDIA GPU. But there is an easy and fast way to overclock GPU. You have to download an app on your pc named “NVIDIA system tools with ESA support.”

After installation, the application will create a shortcut, performance shortcut, select configure devices, and redirect you to the overclocking menu.

In the clock speed, select custom, and by using the slider, you can customize the GPU’s speed and adjust the GPU’s timings.

This way is short and easy, but you should also check the temperature and clock panel in this process.

How to make overclocking stable?

When you are doing the speeding up the process, you can examine the process in some chunks, like if you have to speed up to a certain level, you wait for 30 minutes. If your GPU temperature is average and is working correctly, you can increase it to the next level. And if the stability is under control, then you can increase the speed a little bit. When the stability is lost, then you stop or decrease some rate.

Overclocking is the process of speeding the GPU (graphics processing unit). By using the process, you can speed up or control the clocking of your GPU. By overclocking the processor’s speed, you may increase your graphic card’s operating speed and speed. There are two ways given. Some things you may need to keep in mind are the temperature, speed and stability of your device for overclocking. By using one of them, you can change the speed or overclock your NVIDIA GPU. 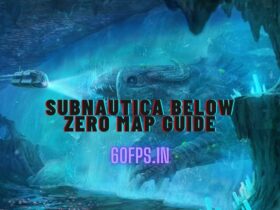 How To Install 4rabet App On Android And iOS 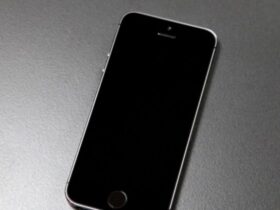 How to Fix Your iPhone When it Won’t Turn On 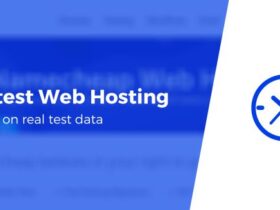