In Games like subnautica You succeed when you establish a pattern and know where to look for particular supplies or items.

Making raw materials an essential resource for advancement and crafting, among other things. It is a good idea to stock up as you go because you will need to farm those materials for any new plans you find.

Subnautica is one of a select few video games that concentrate on the ocean rather than the more common land-based combat, survival, and exploration. This unique open-world survival game puts a special touch on the genre.

Important Things To Find in Subnatica below zero map.

The most important materials you would need for building the core items and for their maintenance are Lithium, Nickel, Magnetite, and Lead.

Since these resources may be used for many different things, it’s a good idea to know the coordinates or location where you can find materials and to replenish them frequently so that you always have a stack on hand.

We will also mention the location of Leviathan, Alterra Containers, and shipwrecks.

The exact location of Lithium in Subnautica: Below Zero

When found, lithium should be farmed because it is a valuable resource, especially for better, late-game blueprints and crafting.

Although they are not extremely uncommon, finding them may take some time and effort.

There are a few places to find lithium from ore veins and tunnels on the land portions of the Subnautica map, in this case, the Arctic Spire.

If not, I suggest searching for the Purple Vents in Subnautica: Below Zero Biomes because there are lots of them here. But beware of aggressive creatures that reside here.

When you arrive, descend to the seafloor, where purple vents are active. You can find a variety of resources here, including lithium.

A deeper extension of the Purple Vents is known as the Deep Purple Vents. It features an entrance to the Crystal Caves and descends to a depth of roughly 480 meters.

The exact location of Nickel in Subnautica: Below Zero.

To create your Seatruck Depth Upgrade, which offers an impressive 1000 m depth range, you’ll also need nickel. Keep an eye out for that since it’s another necessary upgrade to advance in the game.

Since it is Nickel is another crucial resource for advancing in the late game and for creating and improving swimsuits, jump jets, and transportation.

You never know when you’re going to need more of it. Nickel is going to be a precious resource that should be collected as soon as it is discovered.

The exact location of Magnetite in Subnautica: Below Zero.

Especially remarkable are the Magnetite Ore Veins on the Glacial Basin, which are also present in the Spy Pengling Access Points, a Hidden Stash, and the Alterra Cache Cave in the Biome.

Magnetite is necessary for upgrading, creating items with the Habitat Builder & Fabricator, and other purposes.

You can find magnetite on the sea floor of these biomes:

The exact location of Lead in Subnautica: Below Zero.

Lead is very much related to glass, so items that are made of glass need LLead. For example, by creating enameled glass, LLead may be used to modify the Prawn Suit and Seatruck in significant ways.

The Reactor Rod and Nuclear Reactor, both of which are crucial in the finale for tremendous energy output to your bases, are also made primarily of LLead.

Lead can also be obtained from Sea Monkeys and Galena Outcrops.

Additionally, a lot of blueprints and improvements that require Lead are necessary to advance in the game. Decide where you can get the raw material readily.

The exact location of Gold in Subnautica: Below Zero

The Exact location of Silver in Subnautica: Below Zero

The Exact location of ruby in Subnautica: Below Zero

The Exact location of the diamond in Subnautica: Below Zero

The Exact location of Crystalline Sulfur in Subnautica: Below Zero

The Exact location of Kyanite in Subnautica: Below Zero

Shipwrecks across Subnautica: Below Zero

These are the remains of Mercury II, a Sol Trans-gov spaceship that disintegrated into three pieces and scattered across the Lilypad and Purple Vent Islands.

However, there are four distinct, marked wreck sites on the map, one of which is simply the crash debris located in the center of the Purple Vents. These are the other three wrecks:

Subnautica: Below Zero features nine Leviathan Class Organisms. They are all enormous; however, not all of them are harmful.

As of now, it appears that leviathans are grouped according to size rather than Biome, nutrition, or other factors. Some are significant to the plot and appear as it develops, such as the Ice Worm.

Even more so than trying to ambush you, some leviathan class species like Adult Vent Gardens and the Glow Whale are incredibly friendly.

The 9 Leviathan Class Organisms that you can find on the Subnautica: Below Zero map are:

The World Edge biome, which surrounds the map, is where you can find the Void Chelicerate. The World’s Edge can typically be reached by trekking 2,000 meters southwest and then diving down the dropoff. To locate this Leviathan, you’ll need the MK3 Seatruck Depth Upgrade Module.

In the Void, there is a different iteration of the Chelicerate. This Biome’s Chelicerates have white bodies that turn grey toward the head and tail.

According to the PDA article for the Squidshark, it is a leviathan class fish of a smaller size.

The Squidshark PDA entry is listed here, even though some websites claim it is only a glitch. It will assault because it is aggressive. The Tree Spires, Purple Vents, and Lily Pad Islands are where you can find them.

The Adult Vent Gardens are located just west of the Mercury II wreck and a little deeper. Seaglide enters the bell through the bottom vent opening.

Other Leviathans can be found in this habitat, but don’t worry, the Adult Vent Garden and Juvenile Vent Garden are both harmless and gentle.

According to the PDA evaluation, these ventgardens are docile and pose zero threat, and youngsters’ bells remain closed until they find a thermal vent to anchor over.

The Juvenile Ventgarden is a kind of Leviathan found in the Tree Spires. It is the miniature version of the Adult Ventgarden. They are not stationary or anchored like grownups.

In the Fabricator Caverns and Crystal Caves, there dwells the Shadow Leviathan. It is a colossal, menacing, and aggressive Leviathan.

It will try to engulf both you and your seatruck by wrapping its legs around you. Installing the Perimeter Security Upgrade to your Seatruck—which can be obtained at Marguerit’s Seabase after finishing her storyline—is the most significant way to defend yourself.

It has been proven by Al-An and your own interactions with them that ice worms are a deadly and ancient species that you have heard of in PDAs obtained at various bases.

In an effort to destroy you, ice worms will swing their lengthy bodies and hot horns about in every direction. They are hunters who hunt in surprise attacks. They’re in the Glacial Basin, and you’ll probably run upon them while creating Al An’s storage Medium.

According to the PDA data entry, ice worms have an exoskeleton made of thick plates and can dig through solid ice. They are roughly 95 meters long.

This is primarily due to their extremely hot horn, which is also their thickest component. Burrowing through ice is made simple by the horn’s water channeling into the interior, where chemical processes generate heat.

The leviathan whale creature known as the Glow Whale is calm and glows at night. The Lily Pad Islands are where you can find it.

The Glow Whale will occasionally open its wide mouth to snag the tiny, unseen schools of fish moving in the water.

According to PDA Data Entry, glow whales are social leviathans that are about 30 meters long. They occasionally break the water’s surface. There are various kinds of bioluminescence present.

The only Leviathan on this list that isn’t living is the Frozen Leviathan. Its location is close to the Phi Robotics Lab, and the deadly Kharaa bacteria have contaminated it.

Finding the antidote her sister developed and curing the Leviathan to stop the sickness from spreading further is one of Robin Ayou’s goals throughout the game.

Sadly, this Leviathan is the last of its type; you may learn more about it by looking at its teeth, skull, and claws.

The PDA article for this Leviathan also states that it was not aquatic or amphibious but instead lived on land. Uncertainty exists as to whether the Leviathan’s death was caused by the fall through the ice or by the Kharaa bacteria.

When you approach the Chelicerate too closely, it will attack both you and your Seatruck. It somewhat resembles a shrimp and a shark hybrid.

The Chelicerate resides in the Purple Vents and is close to both the Adult Vent Gardens and the Mercury II wreck. 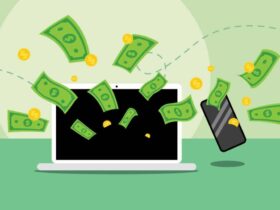 How To Earn Money Online In India?